by Michael Johnson
4 months ago 0

Evidence proves Byron Castillo has been playing under a false identity.
Now Ecuador, who are accused of trying to cover up the story, are at risk of losing their place in the Qatar World Cup 2022.
Here is the story that could shake the world of football.
– It would be inappropriate for me to comment on anything, says vice-chairman of Fifa’s appeals board, to media.

Already in 2015, questions were raised about Byron Castillo’s identity. The right-back was then forced to leave the Ecuadorian club Club Sport Emelec due to alleged irregularities in his ID documents. Two years later, in 2017, he was kicked out of Ecuador’s U20 national team for the same reason.

For several years thereafter, Castillo was accused of playing under a false identity, something that, among other things, kept him away from national team games with Ecuador. In 2021, an investigation was therefore started, which ended with his nationality as Ecuadorian being established by both the country’s authorities and the football association.

Later that year, Castillo made his debut for Ecuador’s national team in the qualifiers for the 2022 Qatar World Cup. It was the start of what is now about to flare up into a potential scandal.

In April, the South American competitor Chile accused Ecuador of having used an unauthorized player in the World Cup qualifiers. Chile’s football federation claimed to have documentation proving that Byron Castillo was actually born in Colombia under a different name, and that he is not the 23-year-old he claims to be.

However, Fifa chose to reject Chile’s appeal in June, but recently the matter has taken a new turn as new evidence has come to the surface.

It all started when the British Daily Mail was able to show Byron Castillo’s Colombian birth certificate, which proves that he was born in Colombia. The same newspaper also published an audio recording of an interview the Ecuadorian Football Association conducted with Castillo four years ago, when his actual nationality was being investigated.

In the interview, the player says that he was actually born in 1995 and not 1998, as it says on the Ecuadorian birth certificate.

Furthermore, Byron Castillo, according to the Daily Mail, confirms that his full name is Bayron Javier Castillo Segura, which is consistent with the Colombian birth certificate that has emerged. The player also describes how he left the Colombian city of Tumaco to move to San Lorenzo, Eduardo to pursue a football career.

In addition, it appears that Marco Zambrano, an Ecuadorian businessman, was the one who helped Castillo obtain a new, false identity in Ecuador.

“He said he would help me with both,” Castillo says when asked if he got help from Zambrano.

Byron Castillo played eight games for Ecuador, who finished fourth, in the South American World Cup qualifiers. Among other things, the right-back participated in both matches against Chile, which is now behind the appeal to Fifa.

The Chilean Football Federation believes that Ecuador should be disqualified from the qualifiers and lose its place in the Qatar World Cup 2022, and that Chile be sentenced to victory (3-0) in both meetings between the nations. That would mean that Chile moves up to fourth place in the South American qualifiers, which in that case gives a place to this winter’s World Cup tournament.

The football channel has been in contact with Fifa, which does not want to comment on the matter.

– We have no comments at this time. I cannot give any details about what will happen or when other than that we will communicate further when it is appropriate, says a press spokesperson to the Football channel.

Nor does Thomas Bodström, vice chairman of Fifa’s appeals committee, want to comment.

– I cannot comment on that. This is an ongoing case and we have an ongoing process, therefore it would be inappropriate for me to comment on it, he tells media.

Can you say anything about the status of the case?
– Unfortunately not. A judge in the District or Court of Appeal would not go out and comment on an ongoing trial or what possible punishments the defendants might receive.

Pablo Milad, president of the Chilean Football Association, is hopeful that the new evidence will prove Chile right in the appeal.

– This gives more ground and strengthens our position. But this is extrinsic and not within the scope of the evidence we present, but it strengthens our appeal. Now we’ll see what Fifa’s appeals committee decides. Hopefully it will be a fair decision, says Milad to TVN Red Austral according to Chilean media.

Fifa has summoned Byron Castillo to a hearing with the appeals committee, which is then expected to present its verdict today, Thursday, according to the Daily Mail. If the international football federation judges that Ecuador, which is accused of trying to silence the story, is guilty along with Castillo, the national team risks losing its place in the Qatar World Cup in 2022.

Chile is then a candidate to take over, while Peru (who fell in the playoff) is another.

Byron Castillo plays everyday in Mexican Leon. In total, he has made ten international matches for Ecuador. 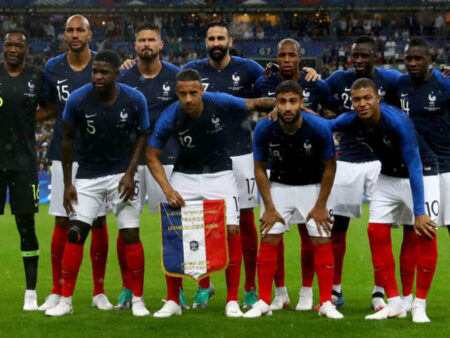